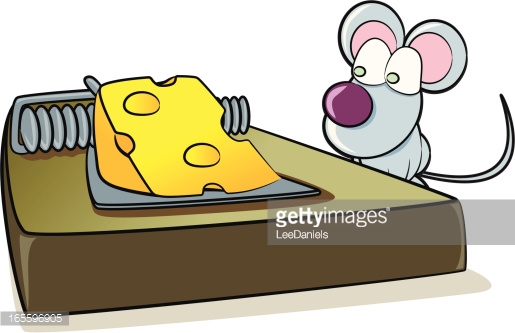 It was a simple little comment, not intended to offend, but not well thought-out either. A simple comment about my appearance as I was about to stand to speak. Grrrrr. My first thoughts were not nice and my snarky tongue wanted free rein. While I controlled the words I did not hold back the “look” knowing full well that the eyes are the window to the soul. Sigh. I fell for it. I took the bait.

I’m not usually easily offended but this particular day I was tired and the comment caught me off guard. Add to that the fact that a co-worker recently told me he has also seen my “death stare” and it’s time for me to pay attention. I don’t like to think I can be come so easily ensnared but isn’t that the mindset that allows that very thing?

We live in a time when being offended is the norm. It’s open, in-your-face, how-dare-you attitudes displayed for all the world to see over just about everything. Sheesh. I am weary of the news and social media, yet find myself struggling with the same temptation. So what’s the harm in being offended?

The word offense comes from the Greek word skandalon, meaning the trigger of a trap (the mechanism closing a trap down on the unsuspecting victim); (figuratively) an offense, putting a negative cause-and-effect relationship into motion.*

It’s a trap, people!! There is no positive effect in being offended. It breeds negativity and anger, harsh words and resentment, and places the responsibility of resolution on others rather than ourselves. Once given its way, offense ensnares. Oh, we may think we’ve gotten away with our feeling of self-importance as we’ve condemned another for their words or actions, but little do we realize we remain trapped. We become a people constantly reacting to the opinions and actions of others rather than acting on the commands of Christ.

A brother offended is more unyielding than a strong city, and quarreling is like the bars of a castle. Proverbs 18:19

Good sense makes one slow to anger, and it is his glory to overlook an offense. Proverbs 19:11

Know this, my beloved brothers: let every person be quick to hear, slow to speak, slow to anger… James 1:19

When he was reviled, he did not revile in return; when he suffered, he did not threaten, but continued entrusting himself to him who judges justly. 1 Peter 2:23

When did we become a people devoid of understanding the difference between disagreement and offense? When did we decide the technology available at our fingertips is our platform to proclaim how right (and superior) we are and how wrong another most certainly is? When did our allegiance to a nation, a flag, an anthem become greater than our allegiance to follow Christ – to do life His way – treating others as if they were more important than ourselves? When did love become something we give only to those with whom we agree?

The injustices and imbalances are real. The issues and debates are endless. Take part. Take a stand, discuss, disagree, listen – really listen – before responding. Vote, protest (yes, I said protest!), take advantage of the freedoms we have that allow us to do those very things and to disagree. Loose yourself from the trap of being offended and be determined to avoid it at all costs! Don’t lose sight of what we are about – to show the love of God to ALL the world, perhaps especially to those with whom we disagree.

“Taking the bait” was written by Kay Stinnett and first appeared on http://www.ourpassionatepurpose.com

2 thoughts on “Taking the bait”