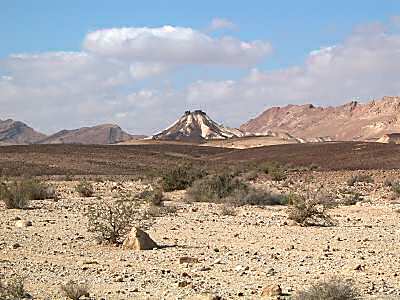 It’s a quiet Saturday morning, the raging storms have slowed to heavy clouds and scattered showers. At least for now. I sit here sipping my herbal brew which has replaced my morning coffee and am fully enjoying both the brew and the stillness. I’ve had a full and productive week which brings its own satisfaction, a feeling which has escaped me for quite a few months. I embrace this return of peace to my soul and vow to never let go again. Easier said than done…

I think of Abraham and what it must have been like to pack up everything he had and move his family when he didn’t know where he was going. The changes God brought in my life a few years ago weren’t quite as dramatic, well, at least not geographically. I remain in the same city with family and friends near. I thought I knew where I was headed but my “wandering” has lasted longer than expected. Seeking His direction has become a much deeper experience and I’m realizing just how often I distrust my ability to discern the difference between my own way and His.

I can certainly identify with Abraham’s impatience. He’d heard from God a profound promise for his life. He’d obeyed the instructions that did not make sense and began his journey as a man of faith. He had every intention of doing exactly what God wanted but found himself yielding to the pressure to make something happen. So he did. And Ishmael was born.

There is pressure in the not knowing. Pressure from people…what are you doing? Pressure from the checkbook…how are you going to make ends meet?  Pressure from within…are you sure you heard Him? It’s easy to believe the pressure can be relieved if we would just do something.

I embarked on a venture last year that had all the potential in the world to be successful. There is an untapped market in this area, I have the talents and abilities to provide the product and services, and the high-end nature of said product could provide a very sizable income as the business could expand even into international arenas.

I had someone to introduce me and guide me through the details of this particular market. I easily found the resources and supplies I would need, and so I began. The logistics and timing of my first productions were challenging to say the least. It was definitely a learning process for me and my guide, and we were both making our notes of how to do it better the next time. And while I was confident that I could do it and could envision the potential of this business, I was striving to make it happen.

Working hard and striving are not always the same thing. To strive can mean to devote serious effort or energy. That’s a good thing and can bring the sense of satisfaction I mentioned above. But striving can also mean to struggle in opposition, and deep in my soul I was striving with this new endeavor. I didn’t have that absolute peace that I was headed in the right direction.

Abraham yielded to the pressure from his wife and he acted on it hoping that it would bring him peace. It did not. Ishmael was an innocent child and Abraham loved his son but he was not the son of promise. I’m sure Abraham tried very hard to make him the son of promise, he could see his potential, but in his soul he knew. Ishmael’s presence brought grief rather than peace. There was nothing wrong with Ishmael but he was an obstacle in the plan and God had Abraham send him away into the wilderness.

I can only imagine the grief in the heart of Abraham at the loss of his son. It surely was an obedience that he wrestled with greatly. Yet he obeyed. And when he did, peace returned to his camp. The promised son would come in the right time and it would be because God did something, not Abraham.

While I still see the potential for this business endeavor, I have sent it to the wilderness. It’s not a part of His plan for me. Once I obeyed in the letting go, peace returned. Direction became clearer of where I am to continue walking. I’m tempted to look back and lament wasted time. But that in itself is wasted time. Rather I will chalk it up to the experience needed to get me to exactly where I am. At peace.

This is not the first time I’ve had to send a desire to the wilderness. I’ve spent much time in my life trying very hard to make things work that just weren’t right for me. Or their season had ended and I just wouldn’t let go. And leaving these things in the wilderness wasn’t easy. But realizing that these things would only bring grief if I held on was the call to obey.

Jesus talked about the kind of peace He provides. Peace that defies pressure. Peace that isn’t logical and that cannot be fully explained. Peace that positions us to hear Him more clearly. Peace from within that cannot be taken away. Peace that has nothing to do with what I can make happen but rather what He has already done. Peace that remains in the midst of hard work. Peace that will cause the world to hunger for what we have.

*There are many families in the greater Houston area that are dealing with the devastation of floods. Please pray that these families find God and His peace during these difficult times. Please consider a donation for disaster relief to help the many who have literally lost everything. Samaritan’s Purse is a favorite organization of mine and I invite you to follow this link in order to help Houstonians:   http://www.samaritanspurse.org

“On birthing an Ishmael” was written by Kay Stinnett and first appeared on http://www.ourpassionatepurpose.com